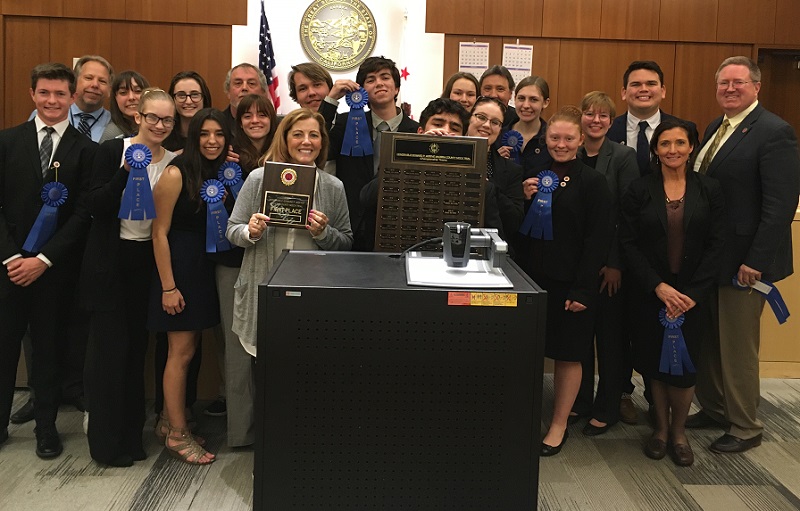 Yosemite High School has competed 36 times and won the county's Mock Trial 29 times including this year. Members of the team are pictured with administrators, Bernie McGoldrick and Judge LiCalsi.

“What an exciting year of competition,” said Dr. Cecilia Massetti, Madera County Superintendent of Schools. “The competition was fierce and all students did a great job!”

“We are proud to have a student journalist represent Madera County at the state competition,” said Massetti. “We wish all of the students the best of luck during the next round of competition.”

During the fictional case People vs. Matsumoto, Bailey Matsumoto was tried for the murder of Bailey’s spouse. Mock Trial students also discussed the Fourth Amendment during the pretrial argument.

The Mock Trial is a simulation of a criminal court case in which the students act as attorneys, witnesses, bailiffs and clerks. Attorneys from throughout the valley scored the students’ performance.

Yosemite High School has competed for all 36 years of competition in Madera and have won 29 times.

This was Chawanakee Academy’s first year competing in more than five years.